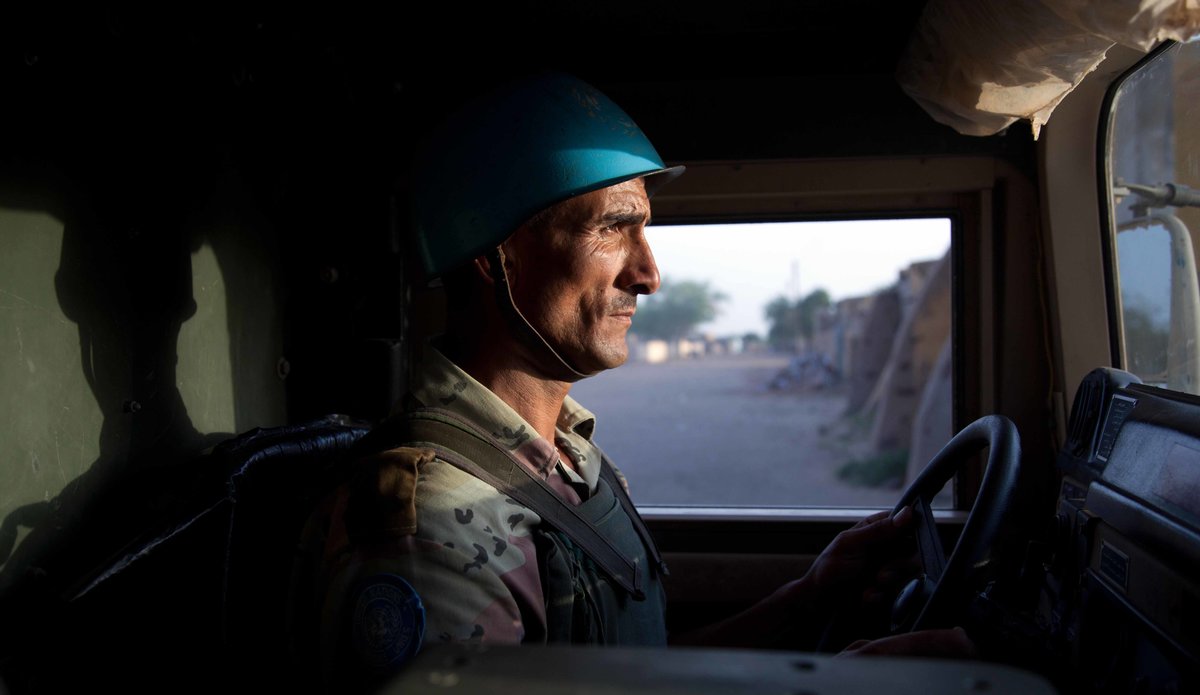 United Nations military personnel are the Blue Helmets on the ground. They are contributed by national armies from across the globe.

Every day, UN military personnel are on patrol, providing vital security and stability in our missions around the world.

We work alongside UN Police and civilian colleagues to protect personnel and property; maintain close cooperation with other military entities in the mission area; and work to promote stability and security.

We work with the local community and the local military personnel to bring about greater mutual understanding and work together towards a lasting peace. Protection of civilians is very often at the heart of our mandate and it is the Blue Helmets that are key to providing this security.

All military personnel working under the Blue Helmet are first and foremost members of their own national armies and are then seconded to work with the UN.

We have more than 97,000 UN uniformed personnel (Military and Police) coming from over 110 countries. They come from nations large and small, rich and poor. They bring different cultures and experience to the job, but they are united in their determination to foster peace.

What UN military personnel do

The UN has been deploying military personnel for service in peace operations since 1948 when the Security Council authorized the deployment of UN military observers to the Middle East to monitor the Armistice Agreement between Israel and its Arab neighbours.

UN military personnel can be called upon to:

The United Nations Office of Military Affairs seeks highly qualified military officers from UN Member States for service in our peace missions around the world, either as individual Staff Officers, as Military Observers, or as part of a formed unit from an individual Troop-Contributing Country.

All military personnel working under the Blue Helmet are first and foremost members of their own national armies and are then seconded to work with the UN for periods normally of up to one year in the field, or two years in the UN headquarters. Any queries about working for the UN in a military capacity should be addressed within an applicants own country first.

What kind of Blue Helmets are needed?

The most common sort of UN peacekeeper is the infantry soldier. However, increasingly we need specialized personnel who we refer to as ‘enablers’. These skilled soldiers include engineers, who for example were able to help with the post-earthquake reconstruction in Haiti, or the building of new roads in South Sudan. We also need helicopters and their crews, as they enable us to extend our area of influence and be much more visible. Other specialist enablers include transport companies, communicators and medical personnel.

Modern peacekeeping operations are often very complex, and place high demands on the personnel we deploy. High levels of training are required before deployment, and the UN works closely with Troop-Contributing Countries to provide the best help and advice possible. Troops must know what to do if they find themselves in an ambush, for example, and must be capable of responding appropriately, even robustly, if necessary.

Why does the UN not have a standing reserve?

It takes considerable time to deploy troops and we are often asked why we do not have a standing reserve.

As former UN Secretary-General Kofi Annan said, the UN is “the only fire brigade in the world that has to wait for the fire to break out before it can acquire a fire engine.” A standing reserve sounds logical, but it would be immensely costly to have a force of several thousand people on permanent standby. It would require training, accommodating, feeding, etc. and then might not even be used. Although it takes time, it is much more practical to generate the military personnel once the go-ahead has been given. This also ensures we recruit personnel with the appropriate background, training and language skills.