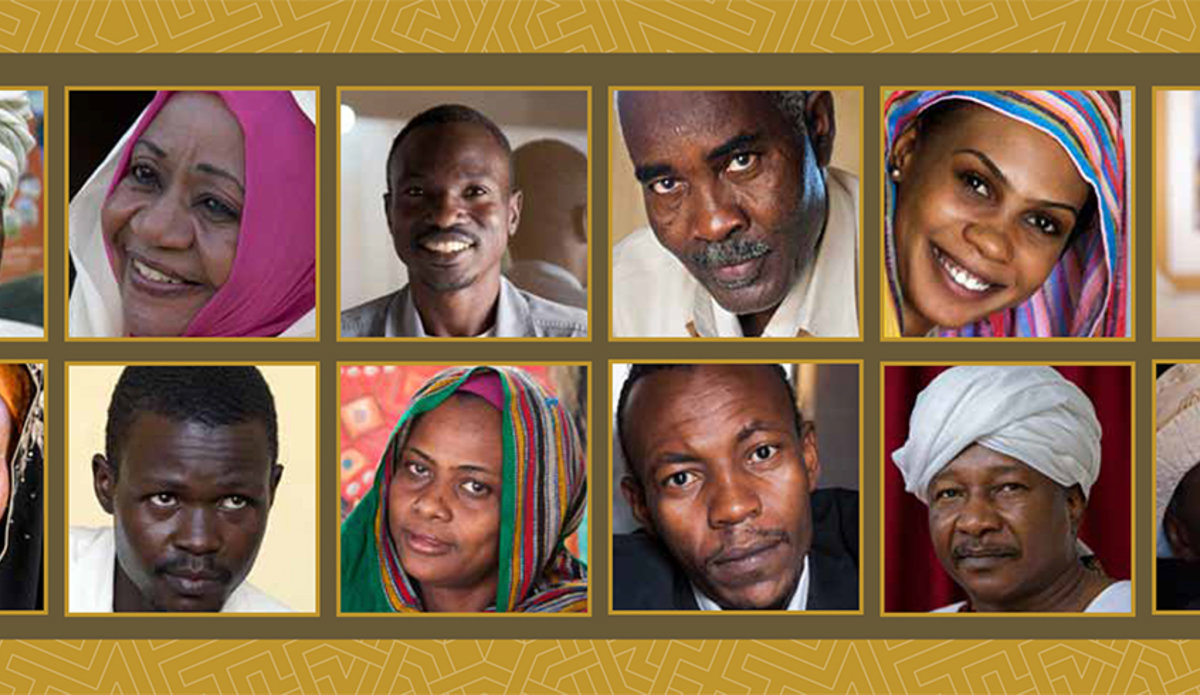 Culture of Peace, a book consisting of interviews conducted by Ms. Ala Mayyahi and previously published in Voices of Darfur, UNAMID’s magazine, not only presents many photographs of Darfuri artists and their art, but also includes conversations that focus on how Darfur’s arts are playing an important role in the peace process. Much as Darfur’s sports events and community gatherings bring people together in a spirit of harmony and camaraderie, Darfur’s arts have a long tradition of building community ties by channeling the anguish and hope of the people living here.

While there are many positive signs of recovery and peace emerging across Darfur, the region’s many years of conflict have resulted in hundreds of thousands of people still enduring the hardships of life in temporary camps. The peace process moves steadily forward, but tensions in the region continue to emerge from fierce competition over natural resources, generations-old tribal feuds and clashes between Government forces and armed movements.

Caught in these ongoing fights are innocent civilians, the men, women and children of Darfur. Not a single person living in this region has been untouched in some way by the conflict here. While the situation on the ground has improved in many ways since the beginning of the clashes more than one decade ago, violence in some parts of Darfur has escalated, presenting a challenge for the people of Darfur. The conflict, the sources of which are varied and complex, emerged in 2003, leaving thousands dead and hundreds of thousands displaced.

In addition to hostilities generated by limited natural resources and age-old blood feuds, modern weapons and armed movements have played a major role in shaping the current situation. Destroyed medical clinics, dilapidated schools, looted homes and entire communities burned to the ground remain lasting vestiges of the violence that has plagued this corner of the world, leaving in its wake extreme unemployment, families without their fathers or mothers, an abundance of street children and a people struggling to come to terms with a sadness that runs so deeply here it might be considered synonymous with Darfuri culture.

Peace in Darfur remains an interest shared by everybody—including Sudan, the international community and, above all, the longsuffering people of Darfur. UNAMID continues to work on its mandate-driven objectives of protecting civilians, facilitating humanitarian assistance and supporting the peace process. As this work continues, and in this context, the artists of Darfur are continuing their work to build a culture of peace, to bring communities together, to reknit a social fabric that has been unraveling for more than one decade.

We produced this book to give voice to the creative braintrust of Darfur with the recognition that Darfuri artists are playing a key role in moving the peace process forward. Ms. Mayyahi’s interviews draw out the deeply held beliefs of these artists, who discuss with her how the conflict has affected their work. In each of these interviews, the artists echo a common refrain, calling on the people of Darfur to celebrate their differences and unite in solidarity to embrace peace.